FROM THE MIXED-UP FILES OF MRS. BASIL E. FRANKWEILER

This musical adaptation of the beloved children's classic follows 11-year-old Claudia Kincaid and her younger brother Jamie, as they run away from home and hide out at the Metropolitan Museum of Art. The museum comes to singing and dancing life, as the siblings unravel a mystery surrounding a stunning statue with rumored ties to Michelangelo.

THE SHOW MUST GO ONLINE

The world's most popular virtual musical and the most-licensed production of 2020. Written for large casts of young actors during the COVID-19 pandemic, this uplifting show tells the story of a group of kids desperately trying to keep their musical alive…by putting it online. 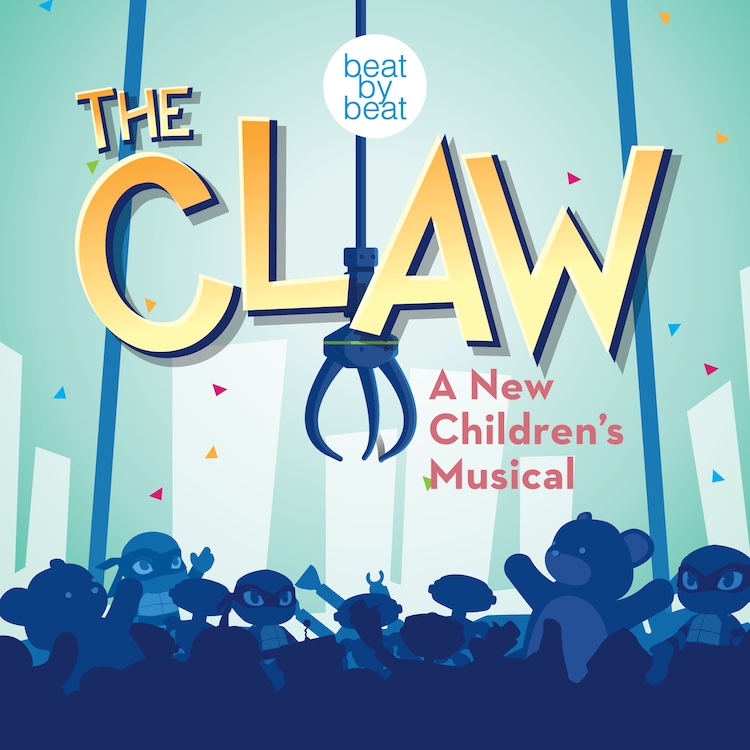 When an out-of-order claw game suddenly turns back on, the toys inside must learn what it takes to face the unknown!

Music and Lyrics by Denver Casado

Two siblings launch rival good news networks and find themselves competing for the title of happiest news show. This virtual musical (designed specifically to be rehearsed and performed remotely), incorporates real stories from kids age 7-14, offering a positive outlet for them to express their emotions.

COULD YOU HUG A CACTUS?

Music and Lyrics by Denver Casado

This musical revue follows a group of kids as they come together to create a show that’s bursting with poems and creativity. One by one, they each share their imaginative creations, until a nervous performer panics and refuses to contribute a poem. Can the cast help him shed self-doubt and ignite a creative spark?

This STEM musical, designed specifically for large casts of upper-elementary and middle school performers, welcomes you to the BOTS Robotics Competition where teams and their (singing and dancing) robots are all vying for the top prize.

A family musical set in the grayest kingdom ever, where feelings are strictly forbidden. When the young prince encounters a colorful magical creature, he begins to wonder: maybe feelings make life harder, but could they also make it better?

Two young sisters convince the world they can speak to the dead and accidentally found a new religion. Based on a true story from the 1800s, this new musical has a haunting, ethereal score, and will leave you wondering: if you believe something, can you make it real?

A 77-page book with 32 group scenes, designed specifically for actors between the ages of 7 and 14-years-old.

When your plans don’t happen, what does? As Gussie’s life derails and her dreams move further and further out of reach, her positive outlook begins to morph into a web of delusion. Dime A Dozen explores our fear of mediocrity and the lies we tell in an effort to preserve our aspirations and mask our vulnerability.

Nine months after the death of her twin brother, Courtney runs away from home and tries to infiltrate her high school teacher’s seemingly perfect family.

Boomer’s on a mission to make a friend and kill his pet dog, all before midnight.

A satirical sitcom centered on a family-run wellness empire, HEALERS both celebrates and lampoons the ever-expanding, increasingly-absurd wellness industry.

A musical sitcom set behind-the-scenes of a reality singing competition. When a new producer takes over, the backstage rivalries, friendships, and romances start to make their way on screen. Can the cast and crew handle exposing the actual reality behind the scenes of this reality competition?